Raining on vacations is rarely good thing. It is actually almost never a good thing and when I found out that most of our 5 day trip to Istanbul will be cloudy, rainy and cold I was not happy about it. But when you are so excited about going back to the city that impressed you so much the first time, you just gotta make the most out of this situation. Umbrella, coat, warm scarf and comfy waterproof shoes is everything you will need to survive bad weather in this beautiful city. With this list of 10 things to do on a rainy day in Istanbul you will be able to avoid being outside too much while still exploring the beautiful things Istanbul has to offer. I focused only on Sultanahmet and  Beyoglu area as they are pretty close and have lots of things to do.

This magnificent building has been on my list of places to see since my last time in Istanbul, when I didn’t visit it. Hagia Sophia is definitely one of a kind, not only in how mighty it looks but also in historical sense. It stands on the ruins of two churches that were destroyed in riots. Build in 537 as an Orthodox cathedral, it converted into Catholic cathedral for a while, then back to Orthodox one, in 1453 it became Ottoman mosque and finally turned into museum in 1935. How many buildings can say they have hosted 3 religions? Not that many I would think. It was also the world’s largest cathedral for almost 1000 years, until Seville Cathedral was completed in 1520. If the minarets make it look like a mosque from outside, inside reveals the rich history of the building with the mixture of Christian and Islamic influences.

Don’t be too surprised if you spot a cat in there. They are literally everywhere in Istanbul. We’ve seen them at the university, libraries, cafés, museums…

Entrance fee for Hagia Sophia is 72 TL as of 2019. We bought package ticket that also included The Istanbul Archaeological Museums for 80 TL (couldn’t find an updated price for that), but there are also other packages with more museums included.

Across the Hagia Sophia is another beautiful mosque you should visit. Sultan Ahmed Mosque is more popularly known as the Blue Mosque because of more than 20.000 handmade ceramic tiles in more than fifty different tulip designs. It is also the first mosque in Turkey with 6 minarets, which caused some controversy, as mosque in Mecca had also 6 minarets which was unique at the time. According to some stories, an architect misheard the Sultan’s request for gold minarets as six minarets. To calm everyone down Sultan ordered to built a seventh minaret at the mosque in Mecca.

Unlike Hagia Sophia, Blue Mosque is still an active mosque, so it is closed to non-worshipers during prayer time 5 times a day for 90 minutes. I suggest you take a look when it opens, so you will be there on time. Even outside those prayer times, some worshipers will pray in the mosque, so be considerate, respectful and follow the rules. Everyone needs to take off their shoes before entering the mosque and women need to cover their hair. There is no entrance fee to the mosque. Unfortunately the mosque was under renovation when we were there, so we weren’t able to see most of the ceiling.

Visiting Basilica Cistern should be a must on your to do/see list in Istanbul. The Sunken Palace, as it is known in Turkish (Yearbatan Sarayi), is called Basilica Cistern in English, because of its location on the site of ancient basilica.

Cathedral-size cistern was build  in 532 AD by the Byzantine Emperor Justinian I to store water for the Great Palace of Constantinople and later Topkapi Palace with surrounding buildings. It can store 80,000 cu meters of water, that was transported from the Belgrade Forest by Byzantine aqueduct. The cistern was rediscovered in 1545, when scholar Petrus Gyllius investigated the stories told by locals, that they were able to obtain fresh water by lowering buckets into a dark space below their basement and even catching fish.

Basilica Cistern is not the only underground cistern in Istanbul, but it is the largest. There are 336 giant columns supporting the structure in 12 rows of 28. columns.

Basilica Cistern is located close to Hagia Sophia. The entrance fee is 20 TL.

If you are interested in ancient history this place is perfect for you. You can enter the museum from Topkapi palace or Gulhane park (which must look wonderful in every other season, except winter without snow). It consists of three main sites: Istanbul Archaeological Museum, the Ancient Orient Museum and Tiled Kiosk Museum. The complex is home to a large collection of artifacts and art works of ancient Greek, Roman and Anatolian civilizations dating all the way to the 6th century BC. The most stunning piece is definitely the Sarcophagus of Alexander the Great, portraying his life.

A cup of tea in a tulip shaped glass is a symbol of Istanbul and Turkey. While exploring the beauty of Istanbul stop at one of the many cafés and warm up with a cup of tea and maybe some other sweet treat, like delicious baklavas maybe. On a rainy day you will enjoy this so much.

To avoid catching cold while wandering around in the rain stop at fruit stands and get pomegranate juice (or any other juice). It is fresh, full of vitamins and cheap.

No visit of Istanbul is complete without getting lost in Grand Bazaar. The maze of shops filled with beautiful lamps, spices, bags, ceramics, souveniers, and more or less everything you can wish for will definitely keep you busy for quite some time. While we were there one part of Grand Bazaar went without lights at some point, but everything ran smoothly as if nothing happened. Plus we managed to get out at the exact same spot where we entered (thanks to my lovely boyfriend who knows how to get oriented in this maze of streets, I would certainly never find the same spot).

Smaller, but no less stunning version of Grand Bazaar is Spice Bazaar. Here you will find colorful spices, flavorful teas and very annoying salesmen. If you just look at something they will be all around you trying to sell you everything they have. We bought some love tea there, those cute dry flowers that blossom when you put them into tea, Turkish saffron (which is not actual saffron but I don’t want to spend that much money on a spice) and some souvenirs. I found some things to be a bit cheaper here than in Grand Bazar, but you can always try to bargain and do check out at few places before buying.

Anytime in between you really need to find time to eat some Turkish food. It is delicious, full of flavour, cheap and it will give you much needed energy. One of our favourite foods there were pide – boat shaped Turkish pizzas. Since Sultanahmet is a touristy place expect to pay a bit more here, but we found a nice local place with delicious food and even better prices – Ortaklar Kebap Lahmacun. Check it out when you are there, we enjoyed the food there very much.

If you are in a rush there are quite some option here to get something on the go. Like simit – similar to pretzel, roasted chestnuts or corn which you can get from many red carts all around the city. In Eminönü by the Galata Bridge there are many boat-restaurants where you can stop for fish sandwich or balik ekmek, a simple sandwich made of grilled fish, salad and onions in a half load of white bread. Simple and tasty is usually the way to go when it comes to food and Istanbul fish sandwich is the best proof of that. For just 12 TL you will get a sandwich to fill you up until your next stop on the other side of Golden Horn. Just be careful, there might be some bones still in the fish.

Istanbul has so much history you might feel a bit overwhelmed by it, so to change things up a little, visit Salt Galata, once you cross Galata Bridge. Stunning public library, archive, research space, conference hall, cafe, bookstore and a restaurants set in the former Imperial Ottoman Bank is a place to enjoy some time around the books and admire the spectacular views over the Golden Horn.

From library you can head to Galata Tower, stop in one of the many cute cafés for another cup of tea or check out boutiques, shops, galleries, bookstores, historic pastry shops, cafés and restaurants on Istiklal Street. You can also head to cinema or theater. Maybe even take a nostalgic tram from Tünel to Taksim square. Be aware that this is the most known and visited street in Istanbul, with around 3 million people walking here every day.

Some other places you can visit (that we didn’t):

Topkapi Palace: this is definitely on a list for the next time. I really want to visit Harem and see where Hurem and Suleiman the Magnificent lived. I watched Turkish series The Magnificent Century and have a bit of a crush on this whole story.

Hamam: or Turkish bath is also on a list for the next time. I think this is also a perfect activity for a rainy cold day. What can be better than a spa day where you get to bathe in hot water and get a massage when it is cold and rainy outside? The next time I am definitely looking more into hamams.

Suleymaniye Mosque: another stunning mosque that was build under Suleiman the Magnificent. I visited it on my first time in Istanbul and it is magnificent. There is no entrance fee here.

Istanbul Museum of Modern Art: museums of modern art are usually really interesting with some cool exhibitions, which we will see next time.

Turkish and Islamic Arts Museum: another art museum where you can probably spend few hours admiring delicate art works. Plus is located in a former palace of Pargali Ibrahim Pasha, who was the right hand of Suleiman the Magnificent and probably also Sultan’s sister Hatice Sultan husband. 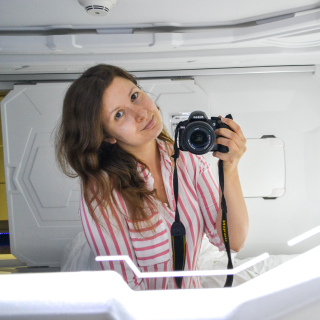